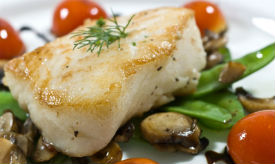 KG Kitchen Bar is the place where you will always find fresh, flavorful comfort food that feels right at home in this culinary hot spot. Chef Kevin Gaudreau brings to the neighborhood a new take on local dishes.

Want to be rewarded for your loyalty? Sign up for KG Royalty and you'll earn a $25 credit for every $250 you spend--whether dining in or taking out! Other perks include 10% off all bottled wine purchases and early access to special events. 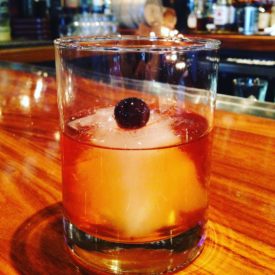 Our Martinis are among the most creative and delicious in Rhode Island. When you sit at our bar, don’t be shy about trying our signature drinks such as the barrel-aged Manhattan and the fantastic Hope Street Diablo. 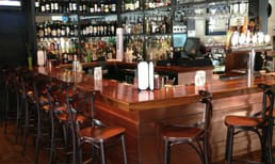 KG Kitchen Bar remains a trendy but hearty place to eat, drink and have a good time. We strive to remain your favorite neighborhood restaurant when looking for a casual night, with great food and a drink.

Where To find Us

Want to buy a gift card?

Want to support KG Kitchen?  You can buy an eGift Card anytime!

A note on new safety procedures:

Welcome back! We are excited to see you again. Please note that we have adopted new policies to comply with government reopening guidelines. We appreciate your patience as we navigate through this together.

What we're asking of you:

Little Something about who we are

Chef Kevin Gaudreau, the owner of KG Kitchen Bar, is a nationally recognized, award-winning culinary artist from Jamestown, Rhode Island, who honed his expertise in some of the most famous restaurants in New York City, including The Atlantic Grill, the Blue Water Grill, and Ruby Foo's.

In 2011, Kevin appeared on Season 1 of the Bravo Network's “Rocco’s Dinner Party” program, where he was named Grand Champion for his signature dish, “shrimp and grit,” lauded by host Rocco Dispirito as “a very solid meal which can drive crowds at a large restaurant."

Dispirito's statement aptly describes Chef Kevin’s entire approach to cooking. Chef Kevin knows how to fill a restaurant without compromising the high quality of every dish, ensuring that each guest feels the thoughtfulness and passion that goes into preparing the food.